WHAT IS CARBON OFFSETS?

What if you were to take a flight to go to the UK with your friends? It would be fun, right? But wait! You forgot something. When you take a flight, traveling in an airplane would increase your carbon footprint? Since aviation requires fossil fuels that emit tons of CO2; you contribute to the amount of CO2 released into the atmosphere. Have you ever tried to calculate your carbon footprint? Moreover, the use of home devices leads to the emission of carbon, what about that? You can offset that carbon. Read how!

In the contemporary world, we can witness the changes due to global warming and also, climatic changes. It is necessary for the big industries that are releasing tons of carbon to change. Moreover, it is not only them but at an individual level as well, we should make efforts to change our habits. However, some activities are difficult to avoid. If the steel industry stops working just for the sake of global warming, it will create havoc worldwide.

Here comes the role of carbon offsetting. Carbon Offsetting is the process of investing in the green project, to reduce the emission of carbon dioxide or greenhouse gases to compensate for the emissions taking place elsewhere.For example, air travel has a massive carbon footprint. But you can go to any offset website, purchase a carbon offset, and can reduce the emission. Purchasing offset simply implies that an individual or an entity can pay someone else to cut their given carbon footprints or carbon credit respectively. The money goes into a green project. This way you cancel out the CO2 emission by supporting a green venture in some other place.

Initially, afforestation was a common way to offset carbon. Gradually, other techniques to create offsets came up. The first one, capturing and destroying the GHGs that will discharge into the atmosphere. Secondly, using a clean source of energy. Consequently, this stamps out the use of any source requiring fossil fuels. And finally, capturing and sequestering the GHGs such that they stay in the soil and not into the atmosphere. Take a look at some types of projects. 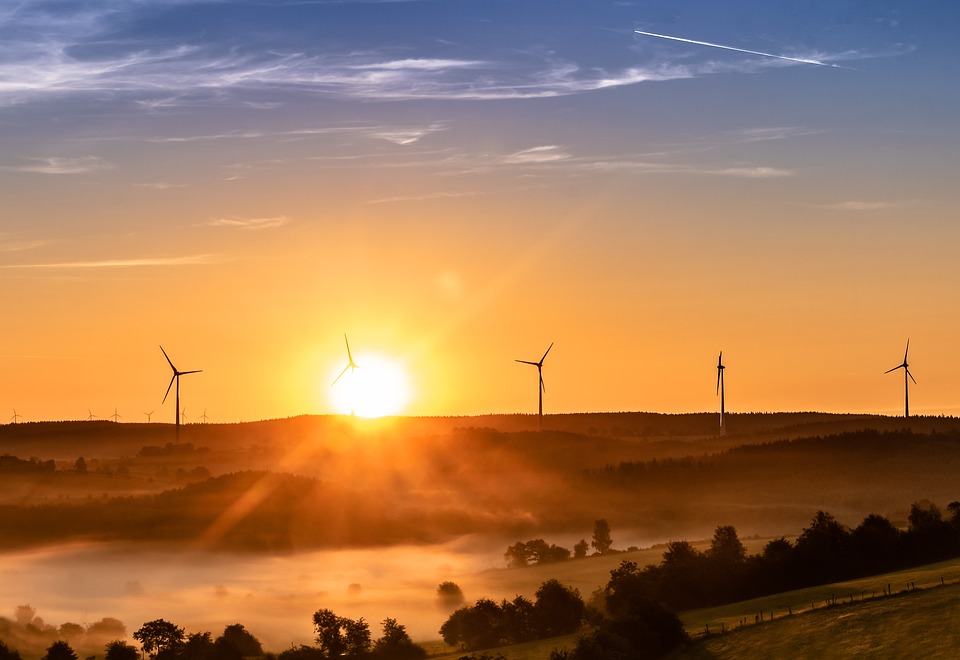 Renewable Energy- Wind power, solar power, biofuel, and hydroelectricity are some examples of renewable energy. Renewable Energy credit is also used, which is a similar concept. They aim at replacing the quantity of greenhouse gas emissions with clean energy fuels. Moreover, The US has set a policy of Renewable Portfolio Standards for the state and regional levels.

Destruction of industrial pollutants- It entails the destruction of pollutants like HFCs and PFC releasing during the industrial processes. Since it is easy and cost-efficient to destroy them at the site, these pollutants are destroyed at the place where they generate. This aids in the reduction of global warming.

Methane Combustion- This is an extremely common way to offset carbon. Methane is 28 times more harmful than carbon. Hence, its combustion breaks it down into simpler molecules, thus reducing global warming by 96%. For example- waste disposal. The garbage from the homes is taken directly to the digester. After that, the methane gas is generated in the digester where it is burnt.

Land-use change and forestry: This involves afforestation, deforestation, and soil management. So either the trees are planted or the terminating forests are revived. Additionally, soil management is the process that helps in trapping carbon in the soil. This does not allow the trapped carbon emission to release into the atmosphere. For example- mangrove forests grow very well with carbon in the soil. So, at such places, these forests are revived so that they can trap more of such gases.

There are other ways such as energy efficiency, carbon retirement, small-scale schemes, and others that supplement the process of carbon offsetting. Most of them involve the use of carbon credits. They are certificates that permit a manufacturer to emit a certain amount of carbon. The excess of it is offset. And in case, the emission is less and can be sold in the market.

WHAT ARE THE CONS OF OFFSETS

Many nations have taken up programs that incorporate the techniques of carbon offsets to combat climate change. The United Nations program of REDD+ focusing on reforestation and the Kyoto Protocol have been beneficial for many countries. Moreover, some people doubt the effectiveness of such offsets. They claim that there is a net-zero carbon effect and it is just compensation, not reduction. However, there are other cons to carbon offsets as well.

An incentive to emit more GHGs– Generally, the developed countries invest in green projects in developing countries. The carbon offset industry has been growing and earning remarkably. As a result, the people of this industry tend to promote the emission of carbon and GHGs. Hence, they would get more business. So, instead of compensating and reducing the emission, they make the situation worse.

There are many more bad offsets than there are good offsets – The majority of offsets sold by brokers, businesses, and governments are not as effective in reducing emissions as they promise. The project managers claim that they are working in the manner they should be. However, during the inspection, it is clear that there are irregularities in functioning.

Evacuation and displacements– At times, the native people have to evacuate the land and empty it for some carbon offset project. When there is reforestation, the indigenous people have to leave their lands. Not only their homes but their livelihood was confiscated from them as well. For example- In Mount Elgon, located at the border of Uganda reports an incident in 2011, wherein more than 20,000 farmers were displaced. This was due to a plantation of carbon offset by a London-based company.

There has been an increase in forest fires, tsunamis, drought, salt invasion, and storm destructions. Many species are either extinct or are on the verge of extinction due to loss of habitat. Global warming is something which ‘will not happen’, prediction, philosophical threat, and no longer a future threat. It is apparent that it ‘is happening’ and is our reality. Hence, do your bit by reducing your carbon footprint in any way in which you can. Together we can save our planet and as responsible human beings hand over the planet to coming generations in the way they should.

For more such articles, visit www.bragsocial.org.

What is Credit Score and How to Improve It?