A human’s life cycle has different stages. These stages have been divided based on the changes a human being goes through a period and comes out of the stage as a different person from what he was earlier. These stages are namely: childhood, adolescence – puberty and older adolescence(teenage), adulthood, and old age.

Image by Free-Photos from Pixabay

All of the stages have certain importance in our lives. But, adolescence is the period that is considered the most confusing period of human life. Adolescence is the time when our body hits puberty and there are many changes in the body. This period is also known as teenage. This is the period from the age of 13 to 19. People have a very tough time during these years as there are a set of physical and emotional changes that take place in the body.

There is a new influx of hormones in the body that cause changes. The biological changes in the body are the growth of facial hair, the onset of menstruation cycle and growth of chest area in girls, the development of secondary sexual organs in both, boys and girls, the voice becoming coarse in boys, etc. These are only the physical changes that take place in the human body when puberty sets in.

Why is Teenage Important?

Mental health is also a developing feature during these years.

What is one common quality of all Human Beings? “All of us are unique.” Everyone is distinct and has an identity customized by their selves. But, the path to the creation of ‘Identity is not easy. Everybody goes through immense psychological changes to reach an identity. Identity structures one’s personality.

The identity creation happens at a time when the mind opens up to the world and starts learning by itself. It becomes a teacher of its own. That is the time when a child sets on for the destination of Adulthood, the teenage years.

Image by DanaTentis from Pixabay

Teens’ changing mind means a change of identity, a new one that will be with them forever. Thus these years are considered delicate as these are growing years. Any damage caused to a teenager mentally stays with them for a long time and can take years to become normal.

Teenage minds are highly confused. The confusion arises because the brain starts working as an adult at a time when it has just embarked on a long journey. Teens try to behave like adults with the learning of childhood making things complicated even if they were not. The process of unlearning things learned for a long time is tough task teenagers are provided with. The unlearning being, rather than merely accepting what is thrown at their way they begin to logically reason everything. This change is huge as the thinking capacity increases manifolds.

This is a time when the teenager is highly conscious of one’s self and they self-analyze themselves based on the criterion their peers have set them for. They feel stressed if they are not on par with their peers and this pushes them into self-doubt. These take a toll on an individual, quite young that a sense of self-doubt kicks in. Doubting their choices and their ways make them feel low and add up to the confusion. Teens suffer from Imposter Syndrome. Imposter Syndrome, in simple words, is believing whatever they have achieved so far is not because they deserve it but because maybe luck was on their side. This makes them go weak internally. At such times they need some amount of appreciation that boosts them up and makes them feel better. There is a sense of validation that prevails throughout their choices.

So, as they figure out that it is some kind of change, a question arises: What is the right change? This makes one vulnerable and tends to question everything around. Questions like ‘Why a certain thing is a norm and why a similar thing not?’ But lack of believable answers messes up their brains more.

Often, their deranged behavior is a result of their quest to answer and their disappointment in finding something that is not satisfying according to them. The rebellion inside comes out. Sometimes it is their stress about all these that come out as tantrums.

Reports suggest the highest percentage of people felt they were the unhappiest during their teenage years. Doctors suggested the reason is the failure to find a middle ground between the external environment and their internal confusions.  Lack of understanding all around makes them feel weak.

Parents And Their Teenagers

This is a time when parents are at their weakest self too. Understanding their child, who is not a child anymore, becomes hard for them. Parents are also under immense stress. They are unable to understand what their child thinks and why is there a sudden change of opinion. Some parents do not even realize that a child is going through a humongous change and that is the reason why this is so. Parents often find the tantrums as mere stubbornness and try to suppress the children, thinking this will make them better. But, that is wrong. Psychological advice states that during teenage, an adolescent needs friendly advice, being harsh on them might make them rebel more damaging their mental health forever.

Secondly, parents also tend to succumb to the demands of their teenagers thinking they are just solving the restlessness. This might hurt teenagers. They are at a stage where they are just exploring, they tend to make mistakes and if parents do not keep a watch over them, unrestricted freedom can prove to be harmful. Teenagers are entitled to privacy but only up to a certain extent. Letting them go by on their terms is harmful at this stage. Freedom with limits is very important.

Parents need not be worried but they have to be the teen’s guide, for this is an important phase. The teenage mind craves unrestricted freedom, but it is too dangerous. Becoming their friend and guiding them would make all the difference. Go for medical assistance if things go out of control.

Social media is just two decades old. But, the amount of development it has brought on the planet is nothing short of a revolution. Everything has two sides and so is social media. Teenagers stand at number two in using social media just after adults. Social media is like a knife. It is the user who decides what and how it should be used for. If we use it in the wrong way it might harm the user itself.

Image by Pixelkult from Pixabay

Teenagers who are developing in every aspect find social media and the internet a source of knowledge and expression. Teenagers undergo stress, anxiety, and anger in different areas of life like career, self-identity, and confusion in relationships with friends and decision-related arguments with family. Emotional and moral support from parents can overcome this issue.

Using social media daily can cause depression and other similar problems. Teens would not always seek help when things go wrong online, making them feel even more helpless. Social media can also make teenagers feel left out. Most teenagers post all their best moments on social media like attending events, concerts, meeting celebrities, reaching milestones, and their best dresses at festivals. Although everyone has problems, people do not like to post the negative events of their lives online. When teenagers scroll through their newsfeed, it is easy for them to think that all of their friends and classmates are perfect, making them feel left out. They get into a competition that never was but now the only way seems to win the race against others.

When they do not feel on par with their friends online, it may make them feel poor. Social media takes bullying to the next level as it allows teenagers to communicate with all of their friends at the touch of a button. Teens can spread each other’s secrets or spread false information online without much effort. They trust whatever their screen flashes leading to problems further. They stand incapable of differentiating the virtual world and reality.

All this can be prevented by keeping an open line of communication with children and limiting the time that teenagers spend on screen. Parents can motivate them to develop social skills and learn new things when they are at home. Parents need not arbitrarily force them, but be open for them anytime they need, inculcating security and trust.

The years of adolescence are very delicate. Thus, teenagers should be dealt with carefully. Parents and teenagers should work together to establish peace and years of smooth growth. The identity created during these years stays with a human forever, so each step should be enjoyed and taken care of at the same time.

Tagged under: adolescent, life of a teenager, lifestyle, teenager 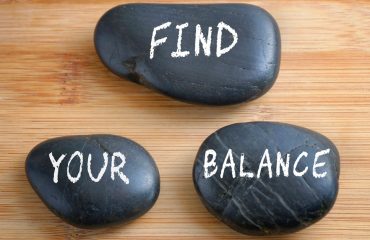 How To Balance Work And Study Life Effortlessly 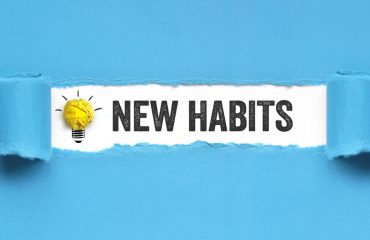