Brag Social presents some of the most renowned historic events held on February 5. In 2019, Pope Francis made history by performing papal mass in the Arabian Peninsula to relax the severe ties between the two communities of Muslims and Christians.  Apollo 14 mission successfully completed, as it landed on the moon. In 1930,  New Orleans introduced the first tireless, soundless, shock-less streetcar tracks. The first US telegraph company incorporated in Maryland. In 1997, Brook Lee got the title of the 46th Miss USA at the age of 26.

The first long-distance telegraph system came up in the US on February 5, 1847. The establishment took place between Baltimore-Washington. The government of the US provided Samuel Morse with about USD30000 for the same. After that, he laid the telegraph line between Washington D.C., Baltimore, and Maryland. They came across several challenges while the construction. The whole process began on April 1, 1844. During this, about 500 chestnut poles with a height of 23 feet (7 m) high and spaced 200 feet (60 m) were installed. Moreover, copper wires insulated with cotton thread, shellac, and a mixture of “beeswax, resin, linseed oil, and asphalt, were also expanded between Washington and Baltimore.

The United States initiated the Apollo program, under which Apollo 14 was the eighth crewed mission. Besides being the third one to land on the Moon, it is also the first to land in the lunar highlands. On February 5, it landed on the moon near Fra Mauro. Moreover, Alan Shepard and Edward Mitchell walked on the moon for 4 hours. As a result, they collected Moon rocks of about 94.35 pounds (42.80 kg). Additionally, a lot of scientific experiments were held. This trip to the moon is well-known for Shepard’s incident wherein he had hit 2 golf balls. 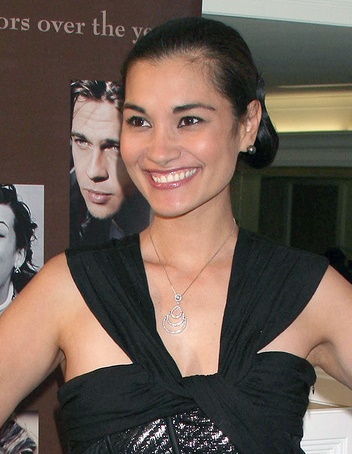 Brook Antoinette Mahealani Lee, popularly known as Brook Lee, crowned as Miss USA. She is an American actress, television host, model, and beauty queen. Moreover, in 1997, she won as Miss Hawaii USA, Miss USA, and Miss Universe. Her nationality is a blend of many cultures like Chinese, Korean, Native Hawaiian, Portuguese, French, Dutch, and English. She is also the oldest ever to win the crown of Miss Universe. The pageant that she won was held in Honolulu, Hawaii for the very time. The reason behind this was Al Masini and Lee had worked hard to gather funding for the same.

Pope Francis marked the day February 5 in history by being the first pope ever to perform papal mass in the Arab peninsula during his visit to Abu Dhabi in 2019. A papal mass is basically when people gather to attend a small ceremony. The ceremony, conducted by the pope, is to celebrate certain occasions such as papal coronation, an ex-cathedra pronouncement, canonization of a saint, on Easter or Christmas, or other major feast days. However, in 2019 the Pope concluded the ceremony in the UAE. This was done to promote the Christian leaders and Muslim leaders to work together in peace and harmony. As a result, he celebrated one of the most prestigious ceremonies in Christianity on the land where Islam had its origin to prove the same.

August 5 – Launch of Juno and more