Today, December 9, we have 2 globally celebrated days. The International Day of Commemoration and Dignity of the Victims of the Crimes of Genocide and International Anti- Corruption Day. These two UN-recognized days are celebrated for all the victims of genocide and corruption. Let us learn about the significance of today and celebrate with pride.

Since World War II, genocide has become a known term. In order to establish one’s ethnic superiority, other ethnicities are hurt or massacred on a large scale. For ages, many have lost their lives just so they could protect their ethnic dignity and honor. Today, December 9 we honor the dignity of all those who lost their lives. Today we also establish that genocide is one drawback of our society that will be fought against.

Efforts have been, are, and will continue to be taken to prevent genocidal wars. To do so, each ethnicity or religion will not be discriminated against. Everyone is allowed to have patriotism towards their country and their ethnicity. But that does not give them the right to undermine others. Members of states have committed to fulfill all their duties to prevent any genocides. And also to strictly take action if any such casualty occurs.

The 2005 World Summit birthed the International Day of Commemoration and Dignity of the Victims of the Crimes of Genocide. All members of states drafted resolutions to come up with feasible, practical, and appropriate solutions to tackle Genocide. They also kept in mind to be sensitive towards the ones whose lives were already lost. It is ensured that their dignity would be commemorated in the utmost respectful manner they deserved.

On December 9, 2015, it came into full effect. The Un passed this resolution with three main goals:-

We should celebrate today by praying for all the victims of genocide. We can come from any religion or background. At the end of the day, our good wishes and positivity should reach out to all. We must spread awareness about the importance of today. Another contribution that we can put in is that we can collaborate our work and help. With both governmental and non-governmental organizations and volunteers. That way we can reach out to as many people as we can and. Thereby commemorating and honoring all the victims.

Corruption is a crime that undermines the government or any peace harboring authoritarian system. From harming the poor. And encouraging petty criminals. Corruption has, without a doubt taken an unfortunate deep root in our world. There are various types of corruption in our world ranging from bribery to nepotism. Extortion and patronage. And the list goes on.

Such a dawning issue dangles on our heads. So much so that the whole concept and practicality of democracy is at stake. According to statistics, the highest area of corruption is in Somalia. Then North Kore, Iraq, Haiti, and Afghanistan. This issue has certainly stepped out of its cage. Now that non-government organizations, media, and other government organizations are taking a stand now.

The General Assembly of the United Nations put forward an anti-corruption resolution on October 31, 2003. On December 9 the resolution passed with a majority. Thus marking today, December 9 as the International Anti Corruption Day. The concern had already been well established by the time the resolution got introduced. Hence it is a huge relief for those who had been and are working towards eradicating such an anomaly.

It is ironic to call corruption an anomaly when in reality it had become a generally utilized psychological weapon against innocent people. The majority of politics, businesses, and even the simple services sector have succumbed to corruption to get what they want. Today, we are glad to say that as a globally connected world, we the global citizens have the power vested in us to eradicate this problem.

There are many ways we could celebrate today, December 9. Firstly we could spread awareness about this day. Make sure the word reaches out throughout the world.  That the International Anti Corruption Day is for all those to stand up for themselves who were bullied by the corruption system. Secondly, we could all encourage the media to cover all footage of corruption.  And lastly, by doing so, we can call out those who do corrupt and make sure the government authorities give them the appropriate punishment. 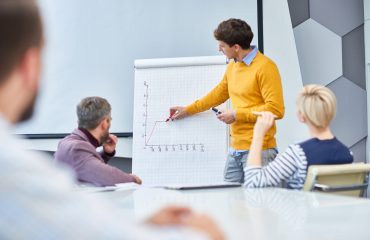