History is invaluable. People have failed and they have learned. People have succeeded and they have celebrated. On occasion, people have made great judgments that have helped humanity and changed lives for the better. This article is dedicated to recalling such milestones achieved on February 13 of the past years.

On February 13, 1578, Tycho Brahe, a Danish astronomer put forward his idea of the Solar system. All the planets orbit the Sun (except the Earth) and the Sun and Moon orbit the Earth. So to sum up the Earth alone is fundamentally at rest in the Tychonic system. The modification of this theory in comparison to its predecessors is that this was able to explain the variations in phases of venus. The Tychonic system is useful for astronomers today as an observational perspective since the Earth is our observing platform. 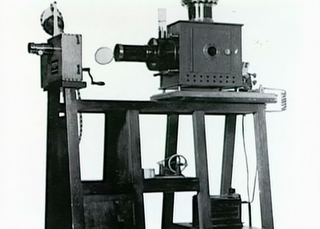 Digital projectors have become the hearts of theatres and cinema halls, but what was used before that? Moving picture projector or simply movie projector. Though few people believe Edison deserved the patent, the first movie projector was patented by a Frenchman, Louis Le Prince. On this day, February 13, 1895, Louis Lumiere patented his machine. He proposed the idea of creating an illusion of movement by using multiple lenses.

Thomas Starzl, the father of transplantation in the medical field, successfully performed his first liver transplant in 1963. But in 1984, he performed a heart and liver transplant simultaneously. Though the patient faced several pulmonary issues after the surgery, it was still considered a groundbreaking success for the years to come.

Peanuts has been every child’s daily comic for a long time now. Schulz’s genius was to create a strip about children that recalls how confusing and humiliating it is to be a child. It also shows how clueless we are sometimes as adults. On February 13, 2000, the last original comic strip appeared in newspapers across the world.

The constellation Centaurus is home to the white dwarf BPM 37093. Making it the largest known star to date, this dwarf weighs 5 million trillion trillion pounds. The diamond-like thing was named “Lucy” after the Beatles song “Lucy in the Sky With Diamonds.” A white dwarf is the hot embers left after when a star uses up its nuclear fuel. It is made mostly of carbon and oxygen and surrounded by a thin layer of hydrogen and helium gases.

The Opportunity rover worked on Mars from January 2004 through 2019, when a monster sand storm stilled it for good. Originally intended to last 90 days, this machine lasted well up to 15 years of its lifetime. It used panoramic cameras to take the images combined into a mosaic view of the rover. Though an end, this feels like a milestone in discovering life on the other planet. One of the important observations of Opportunity was verifying the appearance of water on Mars for extended periods.

The Beauty of North America