Over the years, many new dishes have come up. Not only this, the authentic dishes with a tinge of twist have become a little different and delicious than the original. However, authentic dishes that have passed over the generation are the best and cannot be compared to the evolved ones. Additionally, authentic dishes somehow carry on a culture, story, and inheritance with them. The legacy of such dishes is special, irrespective of the fact that they are homemade or not. These dishes emerge at a local or regional level. Eventually, because of their virtue become world-famous. Today, Brag Social presents some well-known authentic dishes which you must try soon. Here you go-

Are you ready for some pocket-friendly, handy, and yum food from Mexico? Nachos, burritos, enchiladas, and tortillas are some of the authentic dishes of Mexico. Sizzling vegetables, streaks of chicken, juicy seafood, grilled cheese, and salsa sauce in the perfect proportion all wrapped up in a tortilla is what makes a taco. This Mexican street food has now spread over the streets of many countries. Initially, the native people of the Valley of Mexico ate the taco inside of which used to be a small fish. However, over the years, many variations developed, and ingredients kept on improvising. Now, variations of tacos are there like Tacos al pastor, tacos-de-asador, tacos de Cabeza, and many more. You can also enjoy this dish at food chain restaurants!

Are you ready for a perfect breakfast or perhaps brunch? This classic French toast will not only make a perfect breakfast for you but will be easy and fun to make on a lazy day. In other words, every day! All you need to do is whisk together the cinnamon, sugar, nutmeg, eggs, milk, vanilla, and pour the same in a pan. After that, drown the bread in this sizzling batter on the pan. And your breakfast is ready! If you are willing to make it even better, you can add on butter, fruits, or maple syrup. Do you know that the French toast is not an origin from France but the roots of its genesis lie in the Roman empire? Although it is still not known who exactly created the dish from Europe, it was introduced in the 5th century.

Who does not want that mouth-watering platter with the kebabs, falafel, fattoush, and the others? But all of this is incomplete without Hummus. Hummus is a concocted version of cooked, mashed chickpeas blended with tahini, lemon juice, and garlic. A typical traditional hummus would comprise olive oil, a few whole chickpeas, parsley, and paprika. The earliest traces of the origin of this dish can be seen in Cairo during the 13th century. 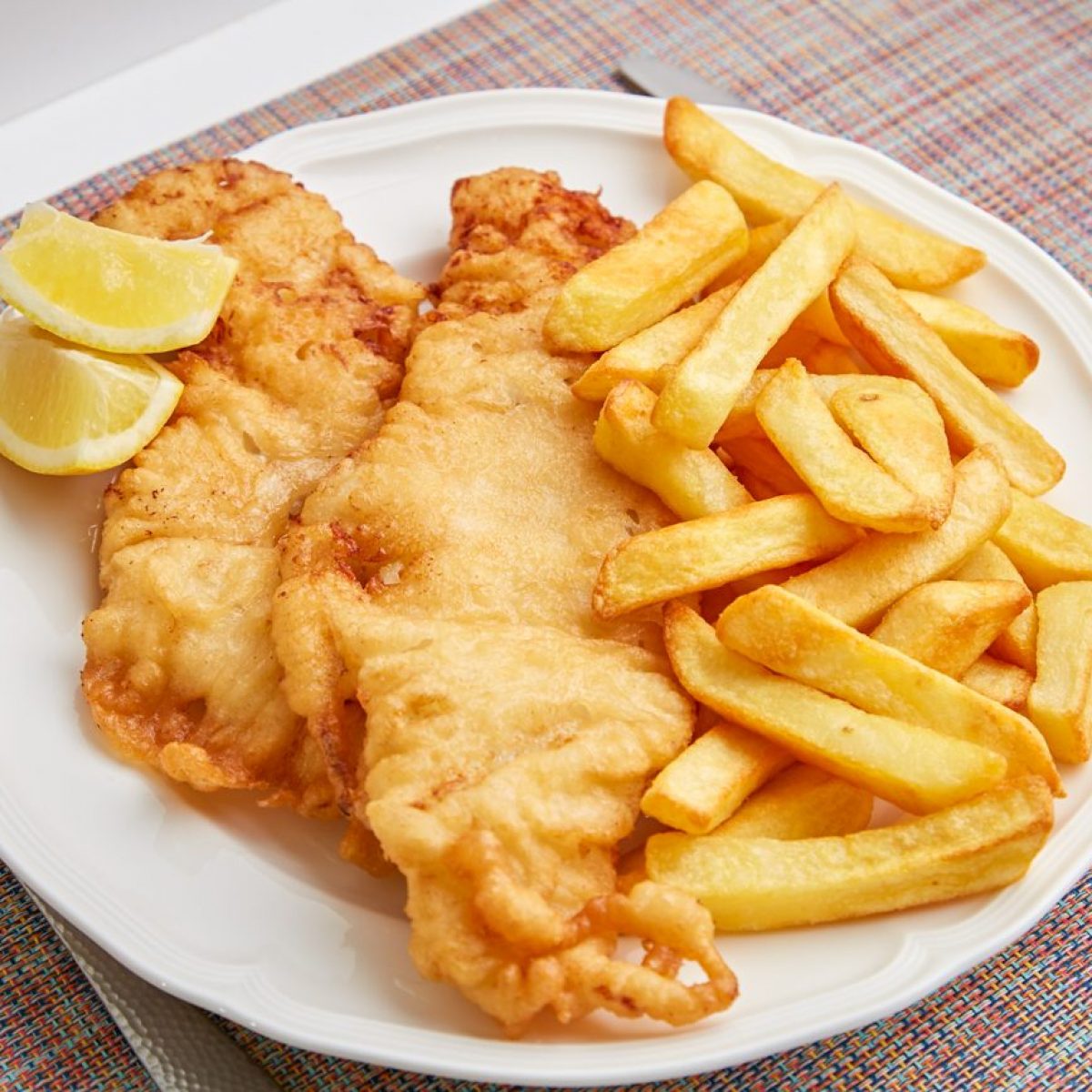 The United Kingdom is enough to remind you of the dish Fish ‘n’ chips! No one knows who created the dish. Fish ‘n’ chips are fried fish dipped in the batter along with some fun French fries. This dish emerged during the 1860s in the UK. The dish has two parts fish and chips. Guess which came first? Fish came first as eating fish coated with flour and then fried had been a long trend in the UK. Then came the chips and the earliest record of chips being served in the UK was in the northern city of Oldham’s in 1860. There is still confusion about whether rug weaver named Joseph Malin started this trend or an entrepreneur John Lees. However, the introduction of this dish was the best for the people, especially the working class.

Ever hear the phrase ‘As American as apple pie’? This should be changed to as European as apple pie! Ironically, even though neither apple nor pie originated in the US, still Americans associate apple pie with extreme patriotism which eventually led to the development of the term ‘as American as apple pie’. The story behind this is that Allen Metcalf’s book ‘America in So Many Words: Words that have Shaped America’, mentioned this dish of apple pies for the first time. Henceforth, they became an integral part of American culture. Anyway, this dish had its origin in England. An apple pie is a dish that is pie mainly comprising apple as its filling. The pie is more scrumptious when topped with whipped cream, ice cream, or even cheddar cheese. 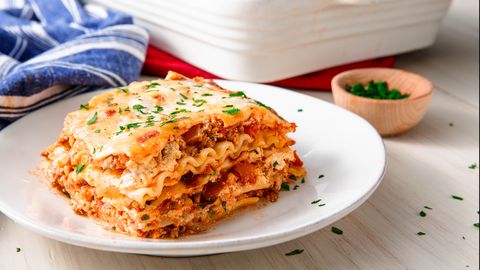 Stacked layers of thin flat pasta with some delicious layers of ragu, veggies, cheese, and seasonings is the recipe of Lasagna. If this is not enough for your drooling mouth, the dish is completed with melted mozzarella cheese. During the middle ages, Lasagna originated in Italy (the city of Naples). Initially, it was prepared without tomatoes, which might seem quite absurd. Eventually, the use of many other ingredients such as the local sausage, fried meatballs, hard-boiled eggs, ricotta or mozzarella, and Neapolitan Ragu started. Several variations of lasagna exist. However, the most famous of all is “Lasagna al Forno.” A fun fact for you- Although lasagna is not considered a healthy food, it can be made one! You can use whole wheat noodles, try to drain fat from the meat you are using, reduce the amount of cheese, and many more ways can make it a healthy one.

Any meal in South Korea is incomplete without this traditional side dish! Kimchi is made of salted and fermented vegetables, such as napa cabbage and Korean radish, and other seasonings. Over the years, kimchi now has over a hundred varieties with vegetables as a principal ingredient. The most famous kimchi contains Chinese cabbage. Earlier, kimchi was stored in-ground literally to prevent it from freezing. But now special kimchi refrigerators are available, so it is a better way to store the same. The origin of kimchi was to preserve the vegetables throughout the seasons. Additionally, a lot of trade during that time allowed Korea to make kimchi an even better version of the dish, full of spices and distinct vegetables.

In general, you must have heard about the fondue pots, they contain liquids and keep them warm. Fondue is a dish which is a melted cheese dish served in a communal pot. One can enjoy the dish with long breadsticks. Swiss Cheese Union named it as the national dish of Switzerland. There are recipes with completely different ingredients. Take the example of chocolate fondue in which pieces of fruit or pastry are dipped into a melted chocolate mixture. Or, the fondue bourguignonne, in which pieces of meat are cooked in hot oil or broth. It is believed that peasants in Switzerland made this dish to use the leftover bread and cheese during the winters.

Sushi is an authentic dish of Japan. Vinegared rice (shari), seafood, and salt or sugar are some basic ingredients of Sushi. There are many variations of Sushi since many different ingredients get used. Sushi is prepared with many varieties of rice, such as medium-grain white rice, brown rice, or short-grain rice. Seafood, such as squid, eel, yellowtail, salmon, tuna, or imitation crab meat is also collected. It is not necessary to use seafood, Sushi can be vegetarian as well.

You have now got some names and knowledge of scrumptious dishes. No matter where you are in the world, you can catch hold of this dish in your nearby restaurant. If not, look for recipes and make it yourself. There are many more authentic dishes which you should try! They inculcate a sense of unity and integrity amongst the people of different countries. Moreover, when the culture and traditions of different ethnic groups unite, it is another fun combo. So, do not wait and start trying out these dishes one after another!

How to Make your Place Ready to Move