Computer Science – A Flow of Opportunities

Computer Science – A Flow of Opportunities

Computer science has become like the coriander leaves which can be used to garnish any dish to enhance the look of the dish. Likewise, computer scienc

Computer science has become like the coriander leaves which can be used to garnish any dish to enhance the look of the dish. Likewise, computer science is nowadays garnishing every other field. Computer science is the study of computers from the inside out. From the day computers were introduced to humans, it changed our lives in every aspect of our mindsets to our lifestyles.

Computers were developed to do the specific tasks which were done by hands, to ease the lives of humans but now computers are being used to automate all the information to run an organization. Today, computer science is not only used in simple computers for performing specific human tasks but it is used supercomputer which can be used for graphics work, playing games, and much more stuff.

From big businesses to retail shops, everyone is feeling the need for the IT sector with computer technicians to groom their business.

Computer science includes the study of algorithms and data structures, computer and network designs, computation and information process, and artificial intelligence. Computer science also includes mathematics like queueing theory, probability and statics, and electronic circuits. It also makes use of hypothesis testing during the measurement and design of new algorithms and computer architecture.

The traditional subfields of computer science are computer architecture, programming language, and software development. Now, some of the subfields also overlap with modern fields like bioinformatics and computational chemistry.

Computer science is a field full of opportunities because it is not limited to computers and can be mixed with any of the other, technical or non-technical fields and make them enhance their efficiency. Some of the major scopes from computer science are :

We get the recommendation based on our interests from music apps, online shopping websites, Netflix, and many more websites or apps, this all has been possible with the back role of a database administrator. The database administrator analyzes the data of the users to fulfill their needs. They are responsible for developing or improving the data storing resources and give more efficient responses. They need to be very skilled in problem-solving for the improvisation of the data storing resources.

Computer Hardware Engineers perform jobs like testing, designing, and developing different components of computer hardware such as circuits, memory boards, routers, etc. Computer hardware engineer needs to be creative in designing, in developing components as well as be a good technician to combine those components so they can work. The components developed undergo many comprehensive tests, again and again, to check whether the system is working efficiently or not, then only these components pass the test to be further used.

As computer system analysts have to suggest better systems for the company, therefore, they need to have good communication and interpersonal skills. In addition to this, they need to be curious about learning and gaining information about new launching technologies but also be a good business analyst person. This will help them judge which technology will be better for which organization.

A web developer is responsible for creating technical structures for websites that are user-friendly. They access the needs of users for developing information-based resources. They make the website easily accessible to the user and ensure an easy download through the various browsers and interfaces for the users. They are required to manage the website and keep it running efficiently and effectively. They also manage views of all pages on the website through search engine optimization (SEO).

Computer science is itself a vast field that has zillions of opportunities in it to grasp. One need not be good at everything but if you have a good hold on any one part of the field then you will definitely succeed. Computer science technicians are required in every other field to enhance their working processes more efficiently.

Explore computer science and you will find the part which will complete your work more satisfyingly.

Interior Designing – All You Need To Know

Confused About Your Career? 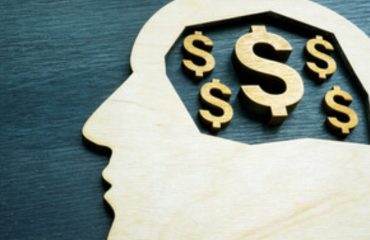