A fair and equal society – where everyone can be themselves

Equal Pay means the right of an individual to receive the same pay as a person of the opposite gender and irrespective of his or her caste, creed or r

Equal Pay means the right of an individual to receive the same pay as a person of the opposite gender and irrespective of his or her caste, creed or race to perform equal work or similar work for the same or a similar employer unless any difference in pay can be justified.

All employers should follow this law. If you do not provide equal pay you are likely to be at risk of an expensive employment tribunal case and reputational damage. There should be no discrimination while providing equal pay on basis of gender, caste, creed or any kind of racism. A person shall be paid as per his or her job deserves and not based on his or her gender or race. A person shall not be demoted from his original post in-case absent for a certain period. This is a case often seen in women joining after maternal leave. The administrators or the employers consider that if a woman joins back after 6 months or so, she might not be efficient enough as she was and hence the demotion. This is ethically wrong and indirectly by demoting them, you are letting your morals down and demoralizing their spirit.

We mostly see that there is always a debate about gender equality and feminism. There is no debate about the fact that physiologically men and women are different but when it comes to equality and opportunity, women/ feminists talk about the cerebral opportunity. A man can get the job, to be the CEO, have kids and nobody questions his integrity or how is he managing when driven at 50. A woman shouldn’t be either! She can be a CEO and a mother.

Similarly, we often see that promotion and increments are given to employees based on their caste, creed or race and rather on basis of their work performance. Among a flock of white people if there happens to be a black person, then that person is indirectly discriminated based on his color by not paying him on his skills and knowledge. The Sex Discrimination Act 1975, the Race Relations Act 1976, the Equality Act 2010 and the Equal Pay Act 1970 have evolved us as a community but not completely. There are places where equal pay and equality irrespective of a person’s gender, caste, creed, color or religion does not apply completely. If you are the employer and find a problem around equal pay, create a fair pay system that includes –

Equal pay applies to all contractual terms including – basic pay, non-discretionary pay, performance-related benefits, sick pay, benefits under pension schemes, severance and redundancy pay and many more. Equal pay should not be tainted by gender, caste or colour discrimination but should be significant and relevant. To comply with the law by identifying, explaining and eliminating unjustifiable pay gaps, it is important to provide equal pay.

Equal pay contributes to a fairer society where everyone deserves and has equal opportunities. 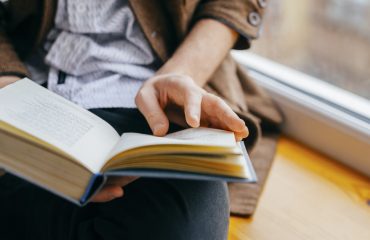 How To Make The Most Out Of Every Read?