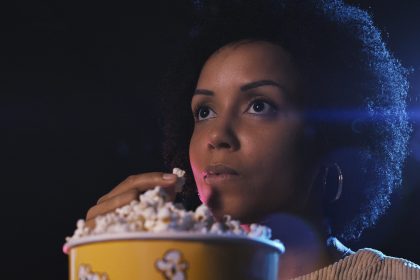 In this post, we are going to be discussing the top 15 movies with the highest gross profit in 2022(in descending order). Read on to know more and find out if your favorite movies are mentioned.

American computer-animated science fiction action-adventure movie Lightyear was released in 2022 by Walt Disney Studios Motion Pictures and Pixar Animation Studios. The movie, the fifth overall in the franchise, is a spin-off of the Toy Story movie series. The focus is on Buzz Lightyear, and the movie presents itself as a part of the Toy Story franchise in which Lightyear appears as a character.

A threat to the security of the universe is encountered as Lightyear, who is playing the role of a space ranger, searches for a way back home while battling it after becoming marooned on a hostile planet with his commander and crew.

Five assassins discover that their missions share a commonality while traveling in a bullet train at high speed.

A group of known animal offenders pose as seeking rehabilitation in order to escape going to jail, but their leader soon discovers that he actually wants to make a change in his behavior.

Black Adam is let free from his earthly grave, some 5,000 years after being endowed with the enormous powers of the Egyptian gods—and imprisoned just as swiftly—and is prepared to wreak his particular brand of justice on the contemporary world.

The story of American music legend Elvis Presley, from his youth to his 1950s rise to rock and roll stardom while retaining a complicated bond with Colonel Tom Parker, his manager.

Sonic and his new companion Tails are the only ones standing in Dr. Robotnik’s path when he and his new comrade, Knuckles the Echidna, arrive on Earth.

As Grindelwald starts to command an army to exterminate all Muggles, Professor Albus Dumbledore is forced to help Newt Scamander and his allies.

“The Battle at Lake Changjin” sequel. Follows the Chinese People’s Volunteers (CPV) soldiers on a new mission, and as a result, their battleground is now an important bridge on the American troops’ withdrawal route.

In order to stop Gorr the God Butcher from eradicating the gods, Thor enlists the aid of Valkyrie, Korg, and his former girlfriend Jane Foster.

When a vicious serial murderer starts killing important politicians in Gotham, Batman is compelled to look into the city’s covert corruption and wonder if his family is involved.

The untold tale of a 12-year-old boy’s desire to become the greatest supervillain in the world.

In order to combat numerous threats, including other-universe versions of himself that threaten to wipe off millions across the multiverse, Doctor Strange teams up with a mysterious teenage girl from his nightmares who has the ability to travel across multiverses. They ask Wong, Wanda the Scarlet Witch, and others for assistance.

Coming first place on our list is Top Gun:Maverick

When he takes TOP GUN’s elite grads on a mission that necessitates the ultimate sacrifice from those chosen to fly it, Maverick, a top naval aviator who has been flying for thirty years, must face ghosts from his past.

Top 10 Independence Day Movies and Shows to Watch this Weekend

What if British never colonised India?