What is art? This question has been troubling humanity for centuries. Over the past few centuries, the philosophy behind art has been gone through a remarkable revival. However, more and more studies are here that show the meaning of art. Philosopher Richard Wollheim describes art as one of the elusive of most traditional problems of human culture. The definition of art is quite open and subjective. The concept of art is more debatable and has been changing over the centuries. Somewhat, the purpose of art might be to represent reality, communicate one’s emotions, to create a sense of beautifulness. Also to explore the nature of perception and formal elements. The role of art also changes, for one part, it is acquiring more of an aesthetic component. Whereas for other parts, socio-educational function. The German-born American art historian Peter Selz shares his views on art:-

“If one general statement can be made about the art of our times, it is that one by one the old criteria of what a work of art ought to be discarded in favor of a dynamic approach in which almost everything is possible”.

The idea of art as Imitation has been dominated throughout the centuries of art history. The imitation theories interpret art as either a mirror of life or tries to clarify. Imitation theory defines that fine art is a faithful duplication of objects. Plato was kind of suspicious of art and artists as they appeal to the emotion rather than the rational faculty of men. Art is considered as an imitation of an imitation. A painting is an example of the imitation of nature. As nature is also an imitation of reality. According to Plato, art is dangerous because it provides a petty replacement of real entities that can only be attained through reason.

Similarly, Aristotle agrees with Plato’s theory of art as a form of imitation. However, Aristotle’s definition of art shows that art is an aid to philosophy in revealing the truth. Despite Plato, who considers art as an imitation of an imitation. Aristotle perceives art as a representation of possible versions of reality or nature. According to Aristotle,

The target of art is to represent not only the outward appearance of things but also their inward significance’,

From the viewpoint of Aristotle, art serves two purposes:-

Art as a Form of Expression

The purpose of art can serve as a kind of communication that allows artists to tell their stories with the help of canvas or a blank space. It is not only related to expressing one’s sensations, feelings, moods. Although, also expressing attitudes, evaluations, expectations, and relief. Similarly, as language is the medium of communicating information, art communicates emotions. To state art as a form of expression, Leonardo Da Vinci states:-

Art as a Disintegrated Judgement/ Aesthetics

Some scholars define aesthetics as a critical reflection on art, culture, and nature. Aesthetics is the branch of philosophy that is related to the nature of art, beauty, and taste. In simple terms, Aesthetics determines what makes something more beautiful, humorous, boring, or tragic. Immanuel Kant considers the judgment of beauty as something that is universal despite its subjectivity.

Kant argues that ‘judgments of taste’ must have four key distinguishing features. First, they are ‘disinterested, which means, we feel good and satisfaction in something because we judge it beautiful, rather than judging it beautiful. Second and third features that these judgments are both ‘universal’ and ‘necessary’. Fourth and last, through aesthetic judgments, beautiful objects appear to have purpose without any purpose. As similar to that An object’s purpose is the concept according to which it is made(the concept of a soup in the mind of the chef).

Therefore, Art is another discipline that intersects with philosophy.

The objective of art is not only to teach or change something but is to show the materialized image of nature. Art is the means to cope with the world we live, and our existence. Therefore, art has the power to relate to the world and others with more integrity and love. 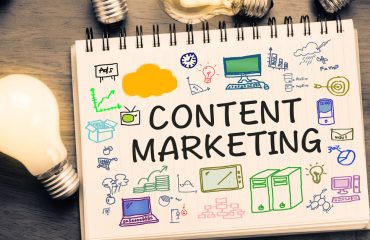 5 Reasons Why You Should Avoid Bankruptcy?