Olympics: From Beginning Till Now

Olympics: From Beginning Till Now

Sports-lover or not, everyone has heard about the Olympics at some point in their life. International Olympic Committee(IOC) organises an international sports event every four years. You can recognise it with five rings of intertwined together. Although, why does it have five circles? Also, why every four years? All these questions are hidden beneath the history of the Olympics. So, let’s take a journey on knowing more about this event and its historic significance.

According to the legend, Hercules was half man and half God. He atoned his sins while doing labor work and cleaned the stables holding thousands of animals. It was one of the twelve tasks, popularly known as “Twelve labors of Hercules”. King Augues, not pleased with Hercules performing the task, refuses to give a reward to Hercules. King Augues’ son testified against him in the court. However, he banished both Hercules and his son. Years later, Hercules overthrew King Augues with the help of Zeus. To celebrate Zeus’ help, he held the first Olympics game.

A prophecy haunts Kings Oenomaus that his son-in-law will kill him. To avoid this, he declared that all Hippodamia’s suitors would challenge him to Chariot Race. Winning the race will allow them to marry Hippodamia or else they would die. Since God of War, Ares’ horses helped King, he would easily win and kill his opponents. Later, King Pelops visits Hippodamia. She falls in love with Pelops and decides to help him. They removed the bolts of the wheels leading King to his demise. Pelops marries Hippodamia. To celebrate his victory, people held the Olympics every four years.

About the Ancient Olympics

Ancient Greece held the first Olympics in Olympia. It lays on the north-western corner at the Peloponnese City. Historically, it functioned as a meeting place for worship and political debates. One of the main temples in Olympia is of Zeus. According to the historian, people planted wheat in the fields. People held the Olympics during harvest. The leaves of Olives are sacred due to their relation with Zeus. A Greek Judge would reward a wreath of olive leaves to people who won races. While Judge announces winners right after the race, contestants received rewards at the end of the game. A red ribbon was tied, around their hand and head to symbolize the victor.

Artists, Painters, Orators, etc. showcase their talents due to massive gatherings. Since it was a huge event, anyone willing to raise their profile would reach Olympia. Ancient Greek people did not count years. They counted Olympiads, which is equal to the time between every two Olympics. So, Greek held Olympics every Olympiad. Ancient Greek did not allow women to participate in or attend the event. One of the reasons was that athletes were supposed to be bare. However, there was a loophole. According to rules, Chariot owners were the winner in the Chariot Race. Princess Kyniska won the first wreath in 396 BC and 392 BC. Sports at that time include running, boxing, wrestling, pankration, equestrianism, and the pentathlon. You can read more about ancient games on the official website.

After Rome conquered Greece in the second century B.C., the quality of the Olympics declined. One such event includes the story of King Nero. He entered the Chariot Race and fell from his chariot. However, he refused to accept his defeat and declared himself the winner. Later, Roman Emperor Theodosius I, banned the Olympics, calling them “pagan festivals”. It ended twelve-century old traditions.

The important thing in life is not the triumph but the fight; the essential thing is not to have won, but to have fought well.

Baron Pierre de Coubertin revived the tradition. First, he founded IOC and then held the first game in Athens in 1894. Baron believed that sports were crucial for good mental health. He was a sportsman and played boxing, fencing, horse-riding, and rowing. Baron created five intertwined rings, represents five continents. The continents are Europe, Asia, America, Africa, and Oceania, where each continent is tied to Olympism. The flag has white backgrounds with red, blue, green, yellow, and black rings. These colors are part of the national flags of different countries. He also created rules, the athletes’ oaths, the opening and closing ceremony of the event.

Significance of Mascots and Torch Relay

These events are famous for their fictional mascots. Each mascot represents the culture and rich heritage of the City. For instance, the first official mascot that appeared was Waldi, a Dachshund dog. Host city Munich acquired as it represents resistance, tenacity, and agility of the athletes. Host city designs mascot with bright and poppy colors. Historically, the sun’s rays ignited the flames to maintain its purity. Skaphia, the ancestor of today’s parabolic mirror, was used to light the Olympic flames. The flame burns forever on the altar of the goddess Hestia. These flames also ignite on the altars of Zeus and Hera. The Olympic Torch is the symbol of peace, friendship, tolerance, and hope. The fire also symbolizes purity and the positive values of humanity.

While Pierre de Coubertin revived it, the road was difficult to continue. In 1916, 1940, and 1944 did not host the Olympics due to World War One and World War Two. Irrespective of that, the response of people across the world to this event is overwhelming. King Geroge I and sixty thousand people welcomed thirteen nations and two-hundred and eighty participants. The last event took place in Rio in 2016. Over eleven-thousand athletes participated from two-hundred and six different countries. As a result of the Covid-19 outbreak, the Tokyo 2020 Olympic Games have been delayed. It has occurred for the first time in history. The opening ceremony of the Tokyo 2020 will take place on 23 July 2021.

One other change in Modern event has to be a division of Summer and Winter Olympics. Until 1992, IOC held the winter and summer games in the same year. In 1986, IOC decided to do a separate four-year cycle for each event in an alternating manner. For instance, IOC organized the last winter event in PyeongChang 2018 and the summer event in Rio 2016. Tokoyo 2021 is the upcoming Summer event whereas Beijing 2022 will host the Winter event.

That’s it from us today. For more such content, visit www.bragsocial.org 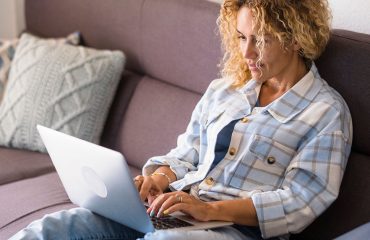 Build Your Content Writing Portfolios With These Easy Topics