by Payal Prakash Shah
in Today
0

February 28 is a mixture of fantasy and reality. Fantasy can have weird stories and reality can have dreadful possibilities. However, we can make this day a little more useful for our lives.

The folklore of the tooth fairy is widespread and popular among kids for centuries. The tooth fairy is a fantasy figure mentioned in many plays and books. The legends say that when children lose their baby teeth, a little angel comes to visit them. A kid whose milk tooth falls must keep the same under the pillow before he/she goes to sleep. The fairy comes at night and replaces the tooth with a present. Many parents take the tooth and save it in a jewelry box. 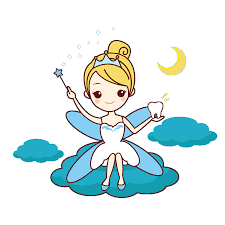 There is an unclear notation on the announcement of February 28 as National tooth fairy observance day. However, American Dental Association suggested celebrating this day twice every year. August 22nd is also celebrated as Tooth fairy day. In 1927, Esther Watkins Arnold delivered the tooth fairy to life in a short play. The play was named The Tooth Fairy. In the subsequent year, the play staged performances for audiences. Childen, filled with rich visualizations, placed their freshly fallen milk teeth under their pillows before sleeping. The anticipation of a visit from the tooth fairy prevails among the children even today.

There are so many fairytales and folklore that fascinated kids for so many centuries. Read a book or watch a movie about fairies and angels for yourself or your kids.

Prepare for a Tooth Fairy visit

Surprise your little one by actually dressing up as a fairy and presenting them a small gift. Sprinkle some fairy dust or mark your window sill with footprints of the angel. Maybe even blow your kid’s mind with leaving tooth fairy’s wand.

Take care of your teeth!

Teach your child how crucial it is to brush their teeth twice every day and floss too. Let them know that the tooth fairy only visits the kids who take care of their teeth. A nice way to instill dental discipline in them.

Switch over to enamel-friendly desserts than sweet desserts. Tell your family the importance of reducing sugar intake for better gums and teeth.

Diseases that have less than 200,000 registered cases are termed Rare diseases. Orphan Drug Act in 1983 gave definition to rare disease. There are slightly different definitions in the US and Europe.  There are a variety of rare diseases, almost 7000 in number. In fact, 25- 30 million people remain affected by this in America. Almost half of them are children below the age of 12. This year’s Rare disease day – the USA is celebrated on February 28.

To begin with, here is the list of rare disease information for patients and caregivers.

Take a day and visit your nearest hospital/nursing home to give care to the patients affected by rare diseases.

Make social media a tool to spend knowledge amongst your followers about the rare diseases people are facing and how to overcome them.

How Has Mythology Helped Science?

Work Ethics While Work from Home

Importance of communication in a family

All About Spending Quality Time at Home

Is depression too stigmatic to talk about?

Are you sure want to cancel subscription?